Some stories have been previously published.

11 thrilling stories in one volume

These works of fiction are from some of today’s most exciting authors.

Seventh Mark by W.J. May

Vampire in Denial by Dale Mayer

Each story is the first book in each author’s series. Some questions won’t be answered without purchasing the next book.

Longing for his Kiss

Emma Smith was as shy and as plain as her name sounded.

Living in a tiny coastal town didn’t help matters when you were trying to be invisible. Everyone knew everyone, and the fact that Emma’s father was the town drunk was no secret. There was something else brewing in St. Otis though. The past two tourist seasons, people had gone missing suddenly and the mystery had the town suspicious and on edge.

Turner, a handsome stranger, has been watching Emma for some time. He sees something in her that is rare, patience and strength that come from many years of self- reliance and restriction. He wonders why a woman as young and smart as she is isn’t living her life to the fullest. He admires her for her silent reserve and ability to blend in and be invisible, something he finds extremely important himself. Once Turner gets Emma’s attention there is nothing else he can think of except for being with her.

Emma dreamed of escaping St. Otis and almost envied the people who had suddenly vanished from here. She knew that was crazy, but she thought she would do just about anything to start a life elsewhere. Before she could finish her thoughts, Emma finds herself intertwined in more of the mystery than she ever thought possible. There was something about Turner that she could not quite grasp, but could not resist. Emma wants out of St. Otis, but is she willing to give up her life to leave?

♥ Warning: This story contains mature themes and language. It is intended to be enjoyed by an 18+ audience only. 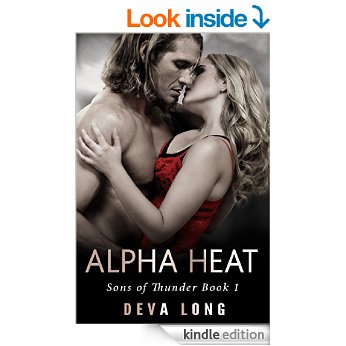 Grace Dawson doesn’t have it all. Hell, she doesn’t even have half of it. Her life is spiraling into decline and all there is for her is selling paddleboards on a Florida beach.

That is, until she gets a little drunk and wakes up in a cage.

Billionaire shifter Karl Norman has a problem with pirates coming to Siesta Key and kidnapping girls. Karl has other problems: his life is filled with danger, and he’s a werewolf.

So are Grace’s pirates.

After a pitched battle, Karl discovers Grace among the captives, and she steals his heart. But can Grace cope with the truth of Karl’s existence?

Please note this the first book of a paranormal dark and steamy romance series with hardcore evil villains.

Ancient Blood Of the Vampire & Wolf

A Secret Ancestry… An Open Door to the Past.

The Girl by Lola St Vil

Rest for the Wicked by Cate Dean

Beyond the Fortuneteller’s Tent by Kristy Tate

The Medium by C.J. Archer

The Thought Readers by Dima Zales

Each of these novels are FULL LENGTH BOOKS and are the first in each one’s respective series.

Have fun diving into the wonderful world of paranormal romance!