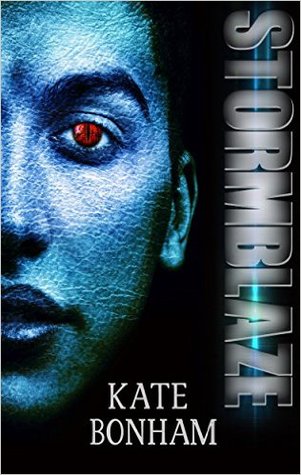 The year is 2119 and the world is not as it once was. Hadyn’s been lost since before the Change, before all technology was cut off from the world. The Slayers have been after him for decades, one with a special interest in seeing him ripped apart, slowly, painfully. How long can Hadyn stay hidden? When he is being hunted at every turn. Then he met her. Edana didn’t expect her life to get this interesting, nor did she think she’d ever find a dragon. She knew they existed, she’d always felt there was a world that was hidden. A chance meeting with Hadyn has confirmed her beliefs. Are all dragons as devastatingly handsome as Hadyn? Could she be that lucky? When the Slayers find them, she is caught in the middle of a battle between two rivals who have been hunting each other for centuries. Can Hadyn keep her safe from his world? Or will she burn along with them?

Goes down as another off my 2016 Bookworm Bingo Challenge – A book set in the future. Loved this book from start to finish, so intriguing all the way through. The year is 2119 where all technology has gone due to a virus and the world seems to have gone back to the dark ages. If you are different you have more than just the average person to look for with the Government and Slayers out in force. Especially if you’re born a drakon – drakon not dragon mind you!

Hadyn has been on the run for years from those that would see him dead for what he is – a drakon, one from a very powerful bloodline. His kind has been hunted for generations so he lives a life of solitude to keep others safe. He may want to live alone but when his protective nature starts kicking in things soon change. When he sees two men hassling a woman he wastes no time in helping her out – mainly by frying the men to a crisp. Thinking the woman would have run away now she’s free from harm, and probably scared of him, he’s shocked to find she stayed and seems more intrigued than anything. Seems he’s stuck with her now – as she’s got nowhere else to go – whether he wants her there or not. Her ever many questions get the best of him and she soon wares him down enough to let her return home with him, just for the night mind you. Well that’s what he thinks! He is wary of having her so close as he fears his drakon is getting wilder and starting to lose control with not being able to control his shifts. He shouldn’t worry too much though as even in his drakon form he manages to protect. Case in point when he shifts in his sleep and almost burns the place down. She would have been toast had his drakon not spotted her and crashed out the window to keep her safe. This unplanned shift has caught the attention of the Slayers though who are soon on their way to take him out. When Edana catches up with him she fills in the blanks and pretty much says he’s homeless now too. Knowing there is a chance that the Slayers think she’s with him they need to stay together and find shelter in another state where hopefully they won’t be followed – famous last words! Seems the Slayers are only be a couple steps behind and they’re catching up fast.

Edana has been on her own ever since her mother kicked her out as a teenager. She is beyond fascinated by Hadyn – well when he’s not being a complete rude moron that is! A few days on route to another state and you soon see sparks fly – from annoyance as much as chemistry. He knows it’s not really safe for her to be with him, or by herself, so goes with the lesser evil. He can’t let himself getting too close to her for the last time he took a lover they were killed because of what he is. Easier said than done when skinning dipping in a hot spring. One kiss is all it takes to fuel the fire that’s slowly been building but he still manages to snuff it out. Back at their tent later that night though he throws caution to the wind, as he can’t seem to help himself when she’s close. They needed to stay hidden and quiet to be safe but both seem to disregard this when getting down to it – not that either really cared at the time. Now he feels the need to protect her even more as the following day danger lingers.

Slayers are closing in and it’s not just with them. The leader of the Slayers – Halvar, has taken hostage Hadyn’s old mentor Rowen and Keelia, a young woman carrying a drakon baby (one he might have a use for), hoping to lure him out to rescue them. He has an ulterior motive for everything and being in his presence for a moment you can tell he’s evil. How he treats his four wives is something else entirely. You soon learn that they really shouldn’t get so attached to the “enemy” as their lives depend on it. Karma is a bit of a bitch, but rightly deserved in this case, for him when he realises that you really shouldn’t come between sisters.

That isn’t the only sub-plot of the story as you are soon introduced to a whole clan of drakon’s – the more the merrier I say. Ones who would do whatever it takes to save one of their own kind and those mated with them. Interesting mix and I hope to see some fun stories for them later in the series. When Edana gets taken all seems lost but with help from inside and outside the castle she shouldn’t fear too much. It might help her look deeper within herself to see something starting to wake up. Something powerful enough to make others afraid it seems. A storm is coming along with a battle and only one side can come out on top. With some kick-ass drakon’s though I know whom I’m betting on.

Great book that kept you hooked from the start. Had a little inkling as to how the storyline might go and what might happen to certain characters but that just made it more interesting as you are creating scenarios while reading, all the while wondering if they will come true. Side note loved the blaze scene. A blaze is when a storm hits and due to the bad weather drakon’s can fly high together undetected. Lets just say that when Hadyn goes flying his reaction after is something Edana could get used too.

I received a copy of the book from the author for my honest review.