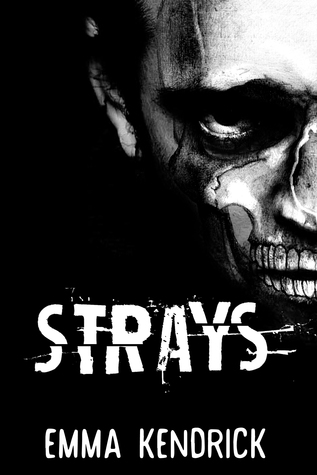 Best friends Jackie and Tyler set out on an adventure to find somewhere to call home, hoping to escape the violent city life and settle down in a quiet place where they can make something of themselves. What they find instead is the notorious Red Kings Motorcycle Club, outlaw bikers that rule the city’s criminal underground.

Only able to avoid them for so long, the unsuspecting pair get thrown into turf wars and drug trafficking before they can even figure out what’s happened. And as Tyler is dragged deeper into the club’s illegal activity, Jackie remains stuck in limbo as she tries to resist the pull of one Dean Rockwell, the MC’s most dangerous member.

Torn between the tight-knit family of bikers and the safety of a normal life, can Jackie navigate the treacherous new waters without losing herself and her best friend? Or will a series of unfortunate events lead her down a path that she can’t come back from?

Goes down as another off my 2017 Bookworm Bingo Challenge – A book with a car chase in it. Slow build action packed start to a series that has plenty to expand with.

Jackie and her best friend Tyler have been friends for years but act more like siblings. Wherever he goes she will surely follow. They seem happy enough in Macon but lack of other friends and a good job are taking their toll on Tyler. This all changes after a loud conversation between them is overheard by the local MCs. Seems Tyler has some skills they could use and as he already has the bike its not long before he finds what he’s been looking for. He might be happy with the change that’s coming but Jackie is taking it a bit harder. Her first introduction to the MCs, specifically Dean, wasn’t the best. Fear is forefront on her mind and it seems he has no intention of changing how she sees him. He’s the member others fear, the one that gets things done without much of a conscious. Doing whatever it takes to protect the club and its family, even if that means to kill.

Jackie only saw him threaten someone but never knew exactly what he did for the club. On some level turning a blind eye while trying to become something close to friends. They start to get closer after he sees her drawings and asks her to do something for his bike, its personal and he’s the only one she does it for. She seems to have caught his eye but it’s not till hard liquor is involved that things spark to life. Jackie needs a distraction while Tyler is off on his first run and with Dean being the only one there you know how it will go. There has been chemistry bubbling below the surface for a while and now it’s coming to the surface for a one-time thing. Seems once isn’t enough and before long they can’t get enough of each other. But with getting closer the clubs President starts to worry Dean will lose focus on what he does for them. Can’t very well have his killer going soft so you know something will come along to shift the dynamics of everyone. Twist comes along with the shift and soon its Jackie keeping secrets from those around her. Won’t be long before everything comes out but with Dean showing his true colours you’re not sure how things will turn out. Secrets will cause problems but its dangers from others that put people – especially Jackie – in harms way. Can these bikers keep those they care for safe or will they cause more problems?

Found the scene with Dean on the phone to his mum while doing something with Murphy amusing. Nice calm conversation while they are digging a hole. Can you guess what might go in there? A lot of characters were introduced within this one, from those in Macon and then another charter in Lakeside. Paving the way for the rest of the series but with names flying around you may get lost. A few key ones that stood out for me were Nash, TJ, Murphy, Jagger and Bianca the Queen of Lakesides MC President who takes no shit from anyone.

Comical at times, danger at others, an interesting friendship with Jackie and Tyler and then the hot and heavy then cold chemistry thing that’s going on with Jackie and Dean. Seriously at times he can be a dick so lets hope he can counter it with being something more for Jackie.  Series has lots of potential for where it could go next, whether to focus on the MCs of Macon or Lakeside. Either way will be a fun ride with these badass bikers.