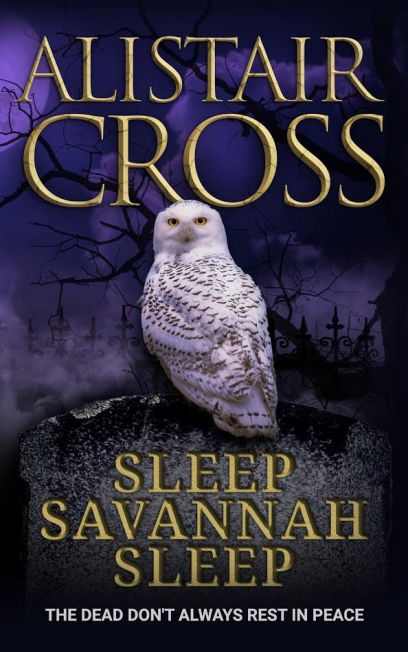 Jason Crandall, recently widowed, is left to raise his young daughter and rebellious teenage son on his own – and the old Victorian in Shadow Springs seems like the perfect place for them to start over. But the cracks in Jason’s new world begin to show when he meets Savannah Sturgess, a beautiful socialite who has half the men in town dancing on tangled strings.When she goes missing, secrets begin to surface, and Jason becomes ensnared in a dangerous web that leads to murder – and he becomes a likely suspect. But who has the answers that will prove his innocence? The jealous husband who’s hell-bent on destroying him? The local sheriff with an incriminating secret? The blind old woman in the house next door who seems to watch him from the windows? Or perhaps the answers lie in the haunting visions and dreams that have recently begun to consume him.

Or maybe, Savannah herself is trying to tell him that things aren’t always as they seem – and that sometimes, the dead don’t rest in peace.

“SLEEP SAVANNAH SLEEP hooks you with a small-town atmosphere that quickly turns ghostly cold. Beware a plethora of twists and turns …” – Michael Aronovitz, author of Alice Walks and Phantom Effect 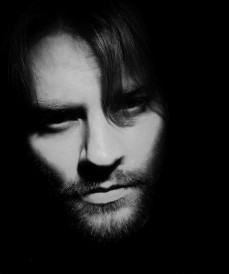 1: Tell us a little about yourself and what got you into writing?

I’ve been writing poems and short stories all my life and from a young age, I wanted to write a novel, but I didn’t get very serious about it until about twelve years ago. I eventually got published and shortly after that, I met one of my literary heroes, Tamara Thorne and, in tandem with my solo novels, she and I have been collaborating ever since.

2: Do you have a favourite time and place where you write?

I write in the same place every day, at my computer, from ten a.m. to six p.m., Monday through Friday. I usually work at least half a day on Saturdays. Not a very interesting story, but a true one!

3: Where do your ideas come from?

Everywhere. Conversations with friends. Books. Movies. Music. Watching strangers in the mall. Going for a walk. Petting the cat. Vacuuming the floor. Ideas are everywhere, all the time – you just have to be able to see them.

4: Do you have a plan in your head of where the story is going before you start writing or do you let it carry you along as you go?

I like to have a very basic outline, with one or two possible endings in mind, and then let the characters go wherever they want. Working from a rigid outline doesn’t work for me. My latest book, Sleep, Savannah, Sleep is probably the most structured I’ve ever been in the beginning and that’s because it’s a murder mystery and I had to know how it ended before it began.

5: What genre are your books and what drew you to that genre?

I’m most often told they’re horror, but I don’t think about genre when I’m writing. I just write the story that wants to be told and leave it up to the outside world to categorize it. That said, I do love horror and was drawn to it from a very young age because, given my very short attention span, it was one of the few genres that never bored me!

6: What dream cast would you like to see playing the characters in your latest book?

I’ve never thought about that and to be honest, I wouldn’t care who played which parts. I figure that’s the casting director’s job. Also, I like to let the readers see the characters how they want to see them, and comparing them to celebrities takes that away, so I try never to do that. Occasionally, I do see a famous person who reminds me a little of one of my characters, but I never really think about them playing that part in a movie version of one of my books.

7: Do you read much and if so who are your favourite authors?

I read a lot – almost every spare minute I have (which isn’t much) is spent reading or Netflix bingeing. Some of my favorite authors, in no particular order, are Stephen King, Anne Rice, John Saul, and Ann Rivers Siddons.

8: What book/s are you reading at present?

I just finished Looking For Mr. Goodbar by Joy Rossner last night, and am currently trying to decide what to start next. I’m leaning toward Stephen King’s Cujo again … or maybe Christine. It’s a tough call!

9: What is your favourite book and why?

Violin by Anne Rice, because it was so visceral and so terribly, horrifically beautiful that I couldn’t enjoy another book for several months afterward!

10: What advice would you give for someone thinking about becoming a writer?

Honestly … my advice is: Be very careful who you take advice from. There are a lot of “experts” out there who have no idea what they’re talking about. Find people in the industry who have the kind of success you want and talk to them. If someone isn’t where you’d like to be in five or ten or fifteen years from now, ask yourself why you’re taking their advice.

11: What are the best Social Media Sites for people to find out about you and your work?

The best place to find all of my information is at my website: alistaircross.com 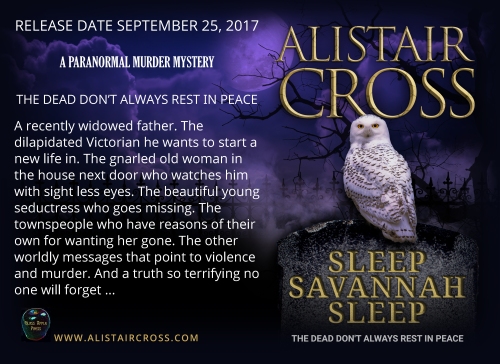 “This is it? Seriously? It’s like we’re moving into Hill House.” In the passenger seat, Brent looked uneasy.

Jason Crandall turned to his son. “It has character.” He looked up at the old Victorian. But he’s right. It’s creepy. Surrounded by mid-century houses, the decrepit Victorian seemed like a flaw on the neighborhood, a stain on something otherwise clean. The cat’s claw vine climbing the walls seemed to shroud the house, as if trying to hide it, the violently yellow blossoms creating a diversion from the faded wood siding – as did the bowers of honeysuckle that accented the yard, draped the veranda, and sweetened the air. Two second-story windows peered out from between the lush vines, looking like the eyes of a hunted beast.

Surrounded on both sides by white split-rail fences coated in spindly climbing roses, the property was spacious, with a small courtyard beyond a wisteria-choked arbor that lead to the back yard. “I don’t know. I think it’s charming.” He offered his son a grin, and shut off the silver Legacy. The annoying squeal – probably a fan belt – went silent and Jason made a mental note to hunt down a local mechanic.

“But creepy in a cool way, right?” asked Jason.

Brent’s eyes, the color of seawater, looked unimpressed. “Only if you like haunted houses.”

“It’s haunted?” In the back seat, Amber sat up, rubbing sleep from her eyes. Even Ruby, the blond, blue-eyed doll that never left her arms, looked alarmed.

The three of them stared at the house and it seemed to stare right back. All in all, it didn’t appear pleased to meet them.

“Let’s go have a look around.” Jason undid his seatbelt. “After that, you two can help me unload.” A large moving van was a day or two behind them; the small trailer they’d pulled contained only the essentials – and most of Jason’s massage equipment. He knew he was being optimistic about how quickly he could get his studio up and running, but he couldn’t help it. His new business was the entire reason he’d bought the house. It had a basement complete with its own entrance, so Jason could work without having strangers traipsing in and out of the family’s living space. Overall, the old Victorian was pretty ideal, even if it was a little spooky.

Then again, the whole town – or what he’d seen of it so far – was pretty spooky, too. Quaint and quiet, Shadow Springs was a startling contrast to the buzzing pace of Los Angeles. Jason told himself this would be good for him – good for all of them.

Here, just outside of Ojai in Ventura County, they’d begin their new lives, free of bad memories. That was what Jason had told himself a hundred times in the past weeks – it was what he had to believe.

Alistair Cross’ debut novel, The Crimson Corset, a vampiric tale of terror and seduction, was an immediate bestseller earning praise from veteran vampire-lit author, Chelsea Quinn Yarbro, and New York Times bestseller, Jay Bonansinga, author of The Walking Dead series. In 2012, Alistair joined forces with international bestseller, Tamara Thorne, and as Thorne & Cross, they write – among other things – the successful Gothic series, The Ravencrest Saga. Their debut collaboration, The Cliffhouse Haunting, reached the bestseller’s list in its first week of release. They are currently at work on their next solo novels and a new collaborative project.