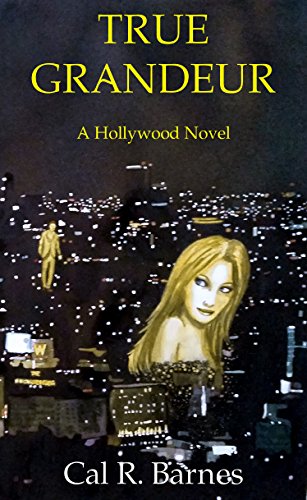 TRUE GRANDEUR is the tale of Conrad Arlington, a young man who moves to Los Angeles to pursue his dream of becoming a great artist. Within a few short years of his arrival, Conrad’s success as a writer brings him to the attention of Gracie Garrison, a beautiful and alluring socialite whose glamorous lifestyle is just as mysterious as the rumors that surround her. After spending a spirited and adventurous night on the town together – one fueled by an excess of beautiful people, extravagant parties, gallery openings, and the madness of a fallen director – Conrad ultimately falls in love with her, believing them to be destined. However, when he awakens the next morning to find that Gracie is gone, he is distraught, and thus embarks on his relentless journey to find her, resulting in a tumultuous spiral of passion, art, and romance as he searches his soul to try and uncover the greatest mystery of all – true love.

At its core, True Grandeur is not just a love story, but rather an in-depth study on contemporary romanticism, of how ideals shape one’s need for individuality and importance, and of how sociological factors such as fame, wealth, and social class contribute to one’s ability to receive – or not receive – true love. It’s a story of what it means to feel deeply, and attempts to accurately illustrate the internal progression of feeling that is the artist’s journey.

Goes down as another off my 2019 Bookworm Bingo Challenge – A book by an author who uses initials in their pen name.

This story it told through POV of Conrad Arlington who moves to Hollywood to make it as an artist. Will it swallow him up and spit him out or will he make it? To say that his belief in his talent abilities is high would be an understatement. It’s this mentality that drives him. His father and the great Arlington’s before him made sure of this kind of self worth and confidence. He wants to be ‘the last true artist’ but his attitude just comes off as being a bit obnoxious.

After finding and falling for a girl right off the bat he finds that his obsession in getting lost in her drove a different kind of artistic expression from him. He began to write about what he was feeling. His carefree attitude changes his views on what he wants to do after being there for a few years. Writing works as he can control the stories when things become uncontrollable around him. It’s creating a script that leads to meeting his next obsession.

Gracie auditions for a part in Conrad’s noir screenplay. Her eyes seem to have the ability to freeze him in the spot. He is drawn to the raw emotion behind her actions and longs to know her. So it’s good that she just happens to bump into him later at a bar. Just when his dreams of getting his film up and running falls through Gracie pops up to possibly save the day. In Hollywood it’s not what you know but rather who you know that helps. But is all what it seems? Rumours told at a party might start to fill in the blanks. Or maybe just raise more questions. Which isn’t good as that’s Gracie’s main rule – don’t ask questions.

Conrad is so easily infatuated with her that she could bend him to her will to do anything. He knows she could have anybody, so is shocked that she sort of chooses him. Will the charade last? Well long enough to get him to drive her around all night to the strange amount of parties and friends she needs to see. Talk about a weird night to remember. With the amount of booze he was meant to have put away I want to know how he could see straight, let alone drive anywhere? He falls for her hook, link and sinker. So you can imagine what might happen if she vanished. Feeling lost but longing to find her he turns into a bit of a creepy stalker not wanting to believe that it was in all honestly a dream of sorts with her. Will he get his dream back or be lost to the illusion forever?

I found at times that there was just a bit too much description before getting to some actual dialogue. There was just too much time in his head waiting for him to get to the point. Also how many times does he really need to say that he is ‘The Last True Artist’? Mainly comes into play when his pride has been hurt and he needs to pull himself out of the dark.

An interesting read but I just didn’t click with the main character. He just came across as annoying and a bit of a selfish prick at the end in regards to how he treated certain people who might have been the better choice. You can see how he got swept up in the ‘Hollywood’ vibe and the allure of Gracie. He thought he loved her but she was just an illusion of sorts. So it’s a shame how he throws away something real for it when it could never be. The dialogue bits were good but there was just too much in his head for my liking.