Finian Alexander is one scandalous tabloid photo away from catapulting his acting career onto the A-list. All his bad boy persona needs is an agreeable member of the paparazzi to give him a friendly boost. But vacationing out in the middle of nowhere, the only photographer he knows is way too scrupulous for her own good.

Hailey Summer is desperate for cash—so desperate that she’s willing to do just about anything with her photography skills to save her family’s cottage and keep her secrets hidden from her sisters. So when sexy, arrogant movie star Finian makes her an offer, Hailey can’t resist. But does his proposition take things too far? And when their plans begin to unravel, will Finian and Hailey find the limelight too blinding?

This is the first book in the Summer Sisters Tame the Billionaires contemporary romance series. 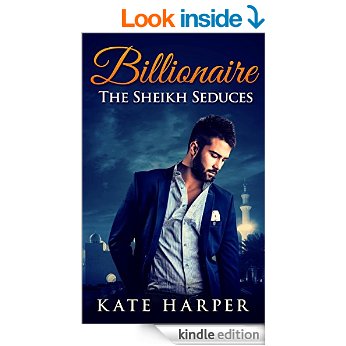 When Sherri gets out of a long relationship with a man that puts her down for her size she follows her friends to an exotic eastern island where one of them is getting married.

When her flight is delayed due to a storm, she meets a sexy sheikh who puts her up in the hotel he owns and shows her around. But she gets more than she bargained for when one steamy night turns into a possible lifetime. 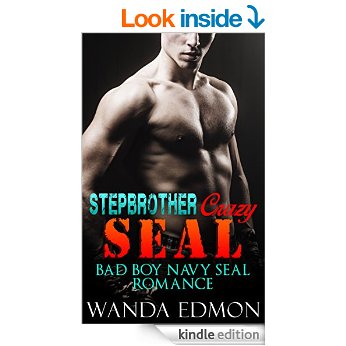 Kelsey Heely was as trendy as they come and at the age of 22 was already successful beyond what other woman her age have achieved. Her long blonde hair framed her tan skin and stunning ocean blue eyes. With her curves in all the right places and gorgeous bust she could easily have any man she desired. But as the daughter of a successful businessman, she plans to follow in his footsteps and has no time for love. Her heart and mind change the day she meets her new step-brother, gorgeous and reserved she begins to wonder if she can keep her usual control to resist this handsome yet troublesome man.

Matt Heely, just turned 24 and has worked hard for what he has, knowing exactly what his good looks and Navy Seal background could get him. His blonde hair and blue eyes, paired with a perfectly chiseled body and sun kissed skin could get him anything, and anyone, he wanted. One look into his beautiful eyes and woman would hand him them hearts, and he took great pleasure in it. But when his mother remarries he finds himself face to face with the most stunning woman he has ever met, and the only one to ever resist his charms.

When Kelsey hears her father Daemon has eloped, marrying his third wife Elena on a random trip to Las Vegas, she thinks little of it. Until she receives a phone call insisting she come to Europe with the family. Eager to immerse herself in the latest overseas fashions, she reluctantly agrees, only to find herself trapped in a medieval castle with the most beautiful, and dangerous, man she has ever met. Her new step-brother Matt is taken by her looks and immediately works his charms, to find himself rejected for the first time. The challenge drives him more and he is determined to take her. Can Kelsey manage to keep her composure, or will her lust win over her good senses?

Note: Contains Explicit Scenes of Passion and Desire. Intended For Adult Eyes Only! 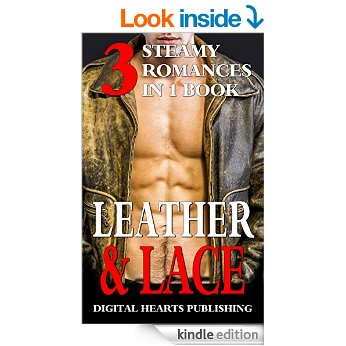 Katrina Harrison is a beautiful, successful, independent woman who has better luck in business than she has with men. Her psycho ex- boyfriend Garrett Moore cheated on her more times than she could count and still blamed the breakup on her. The day she tossed him out of the house, her life began anew. Now she’s building a successful design and alterations business all on her own: an independent woman intent on creating the life she deserves without a man getting in the way.

Deep down, she knew her bliss was too good to last. Garrett, a dirty cop with blood on his hands, is suddenly back; following her, calling, emailing, threatening… The cops are no help as they protect their own. When Garrett turns dangerous, Katrina turns to Alex O’Connor, an arrogant, smart-mouthed ex Navy SEAL with muscles on top of muscles and attitude to match. Alex owns a security company that deals with assholes like Garrett Moore every day. Surely he’ll know what to do.

Vanessa Stephens thinks she’s in for just another boring weekend in Oxford, England at the 2015 Behavioral Economics Conference.

Even the name of the conference is boring, as are the speakers and most of the attendees.

Paying attention gets even more difficult when a handsome Irishman named Patrick takes a seat beside her and proceeds to distract her in a most wonderful way.

It’s completely out of character for the normally “all business” Vanessa to do so, but she takes Patrick up on his invitation to ditch the conference and have a drink at a local pub.

It’s even more out of character for her to end up being ravished on a public park bench and then inviting the total stranger back to her room.

Can this fiery Irishman loosen up the proper English girl and do it before the sun comes up?

Chelsea Bishop had always been the golden child, especially in the eyes of her beloved stepmother, Amy. Amy’s own son, Eric, was a dark and brooding troublemaker that resented his mother’s relationship with his stepsister. It was that resentment that drove the wedge between Eric and the family for years.

Then, Amy dies suddenly and Chelsea finds herself having to be the responsible one once again. Her father has long since passed away, so it’s up to her to put her stepmother’s affairs in order.

When she comes home to find Eric living in the house, tension leads to passion as the anger and resentment becomes steamy romance.

WARNING: This ebook contains mature themes and language. Intended for 18+ readers only. 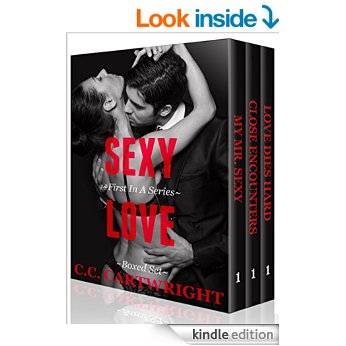 ~First In A Series~

My name is Marcus Hunter. I own Hunter Investments, a billion dollar hedge fund. I admit it, I’m a total womanizer, a player, a serial seducer, call me what you like. I don’t do love. I work hard, and I play even harder.I rarely dip into the office pool, that was until I became intrigued with Sophie Shawn. Sophie’s my equal, she’s smart, sharp-witted and of course she has to be sexy-as-hell. The way she shakes her little ass in her tight short skirts has me wanting to bury myself deep inside her. She doesn’t know it yet, but I’m going to bed her tonight. When I’m done with her she won’t be able to utter a coherent word. Little did I know, I was the one in for a surprise from Miss Sophie Shawn.

Four beautiful and fun loving college coeds embarking on their first year at USC, each wants to experience everything campus life has to offer. One of them is a naughty girl and challenges her new roommates, who can have the most Close Encounters in one month. Clarissa is the first one to try and meet the challenge by surrendering to a forbidden tryst with the hot Professor Montgomery who all the girls sit up front for and swoon over. But the Professor doesn’t like the attention she’s getting from the billionaire frat boy Jason Bancroft, heir to the Bancroft Publishing House fortune. Clarissa knows she wants to enjoy all college has to offer, but will her heart get in way? Deena aspires to become a USC Song Girl and enjoys a variety of men and makes no apologies for it. Kara surprises everyone by going for the motorcycle riding bad boy. Lexi needs to get over her cheating ex-boyfriend and live a little. Who will win the challenge? Who will find love along the way?

Get ready for a wild and sexy ride as Marissa Monroe struggles to choose between the two incredibly sexy men to satisfy her cravings for love…Marissa Monroe’s new job lands her in a consulting firm in Downtown Los Angeles. During her first meeting, in walks the confident and sexy as hell Nick Armstrong and the sexual attraction is instantaneous, sparks fly! Neither can deny the unexpected attraction that exists between them.When Marissa discovers that the ever so tempting Nick is off-limits and she knows she must walk away. Then Nick’s college fraternity brother, the successful and hunky eligible bachelor Mitch Hamilton walks into the picture and things heat up. Who will be the ONE man to convince her that he can satisfy her cravings for love, in and out of the bedroom?

Don’t miss these sizzling first in a series hot reads! Join my exclusive mailing list for a gifted romance novel by going to http://www.cccartwrightnovels.com