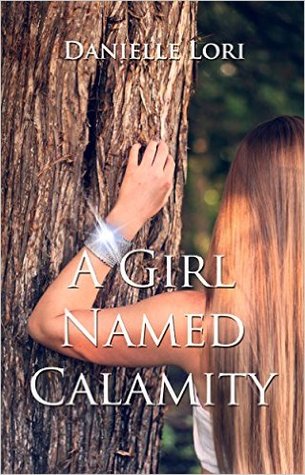 *This is a New Adult Fantasy Romance*

I was a simple farm girl living in the magical land, Alyria, where men ruled and women only existed.

Call me sheltered. Call me naive. I was probably both. I never expected to be the key to Alyria’s destruction.

The journey I was on wasn’t only one to save me. But one where I had a lot of learning to do. With men. With magic. And with myself.

I had many hopes. But the most important one was that my name wouldn’t become my fate.

WARNING: This novel contains blood, violence, profanity, and some sexual content.
It does end on a cliffhanger.

Goes down as another off my 2019 Bookworm Bingo Challenge – A book that features supernatural powers. Magic used to flow around more freely within many people, but now just a few. Those with it will always seek more power. It is locked into the world around them. If someone has a key to unlock it think of the magic they could posses. A fantasy adventure to be taken along on but be warned it does leave on a cliffhanger!

So even though Calamity’s Grandmother is only in the very begin she does make an impact. Pop off to town and come back with a horse, well of course you did Grandmother lol. Seems she foresaw Cal would soon be of need of it, more to her than meets the eye, for one thing she has healing magic in her. Something Cal always wished that she would have too but was always told she didn’t. She has a pair of silver cuffs that she must never take off. Something of value or something holding in magic so she is left unaware? Could they be hiding her from those that could cause her harm? The truth in that is about to be revealed.

Trouble arrives at their door in the middle of the night when Reina – Cal’s mother who she doesn’t remember – comes to steal one of the cuffs. The moment it is off her Grandmother knows Cal has to run, as she will no longer be safe in Alger. The shock of finding out who, or rather what, her mother is has to be pushed aside for the journey she is about to take, one without her Grandmother.

Escape and run away as fast as possible from dangers that are soon to follow. That’s the only thought running through her head at her Grandmother’s warning, not that she completely believes what she was told. A route through the red forest is the path chosen – let’s just say it’s called that for a reason! Scary place to travel but better than the darkness coming for her and her ‘unknown to her’ magic just waiting to be released. She must get through to the next town to find herself an escort to guide her across Alyria to Undaley to where she will be safe. An escort needed but having extra skills as an assassin might come in handy. Hello Weston, warrior ex-Titan turned assassin with enough raw malice vibe energy around him to make you tremble in your boots with a stare, fancy helping our girl? What can be said with no words, a lot it seems. He might be her guide but that doesn’t mean they need to talk. Funny how she didn’t realise how much she liked to talk until she couldn’t.

Stopping at towns along the way can make for interesting interludes. Going for a bath in one with, to her, bad smelling soap from a stranger has a strange affect on some men, Weston being one of them. He doesn’t want the temptation so throwing her into a pool of water for her to wash it off is one way to solve it. Not that she really understood why he wanted her to wash it off, I mean she knew she stank but thought he wouldn’t care. Oh how wrong you were! Small shops along the way have a pull towards them for Cal as well. Magic inside that might help her out of her predicament. Some – if not all – are surely to back fire and she may or may not like the results.

Funny how she keeps thinking Weston might have magic, as he can always tell what she is thinking. True or not it might have more to do with her thoughts being written all over her face. As the journey continues she’s going to need to work on that to stay safe. Does her guide have ulterior motives for helping her? Something about him is different and Cal has to figure out how safe she really is, with or without him. He does keep saving her from danger – the Untouchables and Mages being top of that list – but for what purpose. Out of the frying pan and into the fire on more than one occasion. No matter how hard she tries she just can’t catch a break.

Red haze or blue haze – come on girl which one do you want most? Love (or maybe rather lust) and hate are two sides of the same coin in regards to Cal and Weston. They know just the right buttons to push to get a rise out of the other but there is chemistry and denied passion just waiting to find a release. She may not trust her assassin guide but that doesn’t mean she doesn’t want him or feel a perverse sense of safeness in his presence. She just needs to figure out his true motives. The seal for all magic is what those chasing her want her to open and she is the only one who can do it. So far she has no faith in that and thinks they have the wrong girl.

Interesting read that had me hooked right from the start. The chemistry between Calamity and Weston is great. Fighting each other along the way but also feeling a need to stay close at the same time as wanting to escape. At war with her own feelings she has for him and the weight of the world on her shoulders for fear of letting Alyria down and causing death and destruction by opening the seal. No pressure then! Now we do end on a cliffhanger, but that just leaves you wanting more. Where do we go from here? Book 2 and 3 I think.

I received a copy of this book from the author via Instafreebie for my honest review.